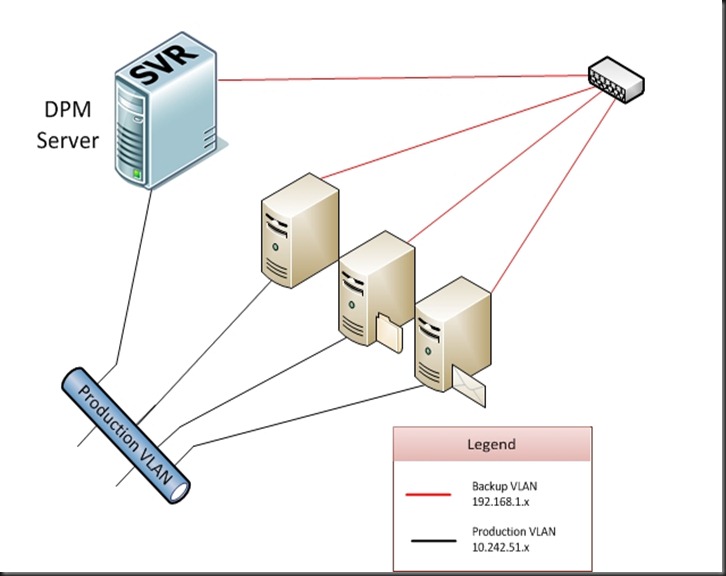 In most of the scenario, usually the Servers will have only a single network card.  However in Best Practice, it’s best to have 2 network cards at least.  One for the Production and another one for the BACKUP VLAN.  This way it will definitely improve the performance of the backup and will not interrupt the Production network.

As the above in FIGURE 1 shown, a second network card has been added to all the protected servers and the DPM server.

Now I would like to force the backup to go through the Backup vLAN which is the 192.168.1.x

The information can also be found in MS Technet.

Thank you and hope this helps you as it helps me.

Email ThisBlogThis!Share to TwitterShare to FacebookShare to Pinterest
Labels: DPM